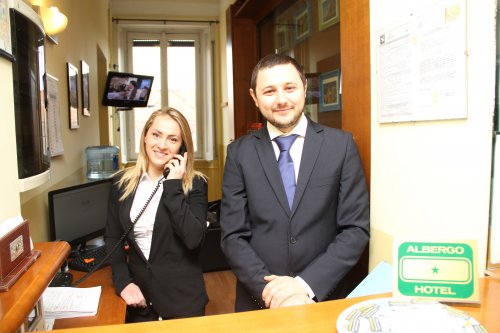 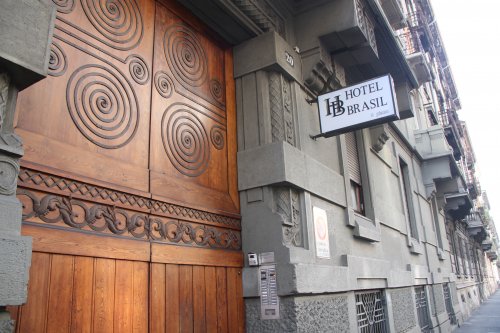 Hotel Brasil Milan, located on the fourth floor of a beautiful early 20th-century building, is a simple, basic, family-run hotel that is well-cared for and comfortable, ideal for a peaceful and relaxing holiday in a friendly and welcoming atmosphere.

It is in one of the most central areas of Milan, close to the “Duomo” cathedral, the State University, the courthouse and several important hospitals such as "Gaetano Pini", the "Policlinico" and the “Istituto Nazionale Tumori” (National Tumour Institute).

The quality of the service is exemplary and the modern decor and accessories are in warm and vibrant colours.

Reception is open 24 hours a day to satisfy any requirements that guests may have and provide helpful information related to public transport, tourist attractions and the events and exhibitions in Milan.

The hotel has 12 rooms of various types and offers a left-luggage and fax service and attended parking in a paying car park.

From the motorways: A1 “Milano - Napoli (Autostrada del Sole)”, A4 “Torino – Trieste”, A8 “Milano - Varese (Milano Laghi)”, after the motorway exit, follow the signs marked “Centro” and take the “Tangenziale Est” ring road.

Take the number 6 “Forlanini” exit, turn right into Viale Enrico Forlanini and continue for a further 800 metres. Drive along Viale Corsica for 1.1 km and then Corso XXII marzo for 600 metres. Turn right into Via Fratelli Bronzetti. Proceed for about 300 metres to the crossroads with Via Gustavo Modena, where the hotel is located.

You can reach the hotel from the central station using the following means of transport:

- the number 60 bus for eight stops. Get off at Castel Morrone – Modena, 50 metres from the hotel.

- tram number 5, the stop in Piazza Adeaide, 200 metres from Via Castel Morrone.

- From Milan - Linate international airport, take the number 73 bus, getting off at the corner of Corso XXII marzo and Via Fratelli Bronzetti. Continue on the number 60 or 62 bus to the stop in Via Castel Morrone – Modena, 50 metres from the hotel.

- From Milan Malpensa international airport, take the shuttle service to the central station, then take the number 92 bus from the station to the Dei Mille – Modena stop, 100 metres from the hotel.

- From Milan - Orio al Serio (Bergamo) international airport, take the bus to Lambrate station. Then take the number 54 bus, getting off at the stop in Corso Indipendenza, on the corner of Via Castel Morrone, 300 metres from the hotel. 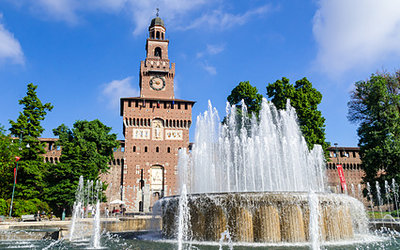