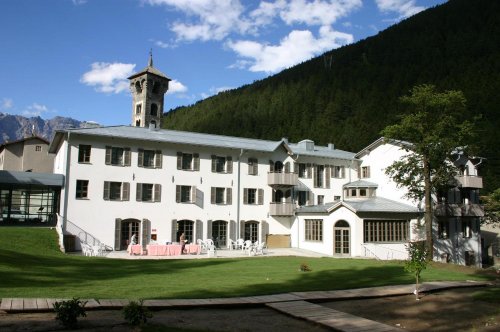 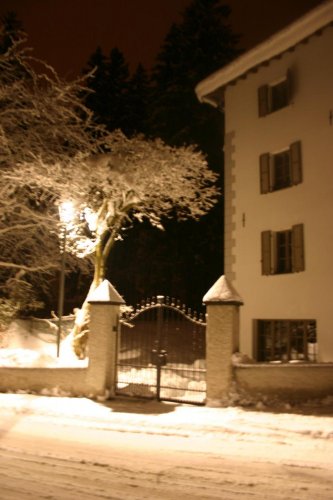 The Hotel Cepina is found in the peaceful town of Cepina only 3km away from Bormio and the spas.

An ideal place to spend a relaxing holiday at any time of year, the hotel provides high quality comforts and services to ensure the complete wellbeing of our guests.

The guest rooms are warm and welcoming, and the common areas on the ground floor include a bar with large windows overlooking the garden, a lovely TV room and several rooms with comfortable and elegant sofas where guests can relax in good company or with a book.

The facilities include a fully equipped wellness area with therapeutic tubs of hot water and a Finnish sauna, as well as a fitness area open to the public that offers classes for aerobics, spinning, step, stretching and ABT classes.

This beautiful panoramic location allows guests to take in a breathtaking view of the Rhaetian and Bergamo Alps.

From Milan (200km away): take the expressway to Colico heading towards Lecco and then take the SS38 state road towards Sondrio – Bormio.

From Central and Southern Italy, take the Bologna – Milano motorway.

From the north: head towards Tirano – Passo Bernina (open all year), or alternatively, Livigno – Zernez – Tunnel della Drossa (open all year from 8.00 - 20.00).

The closest railway station is the Tirano station (40km away from Bormio), the last stop on the Ferrovie Italiane line and the Ferrovie Retiche line.

There are buses available that coincide with the arrival of the trains from Milan.

Passo Stelvio 2757m (from the province of Bolzano), open from the end of May to the end of October.

Passo Gavia 2621m (from the province of Brescia), which leads to Santa Caterina Valfurva and then to Bormio, open from the beginning of June to the end of October.

Passo del Mortirolo 1852m (from the province of Brescia), which leads to Mazzo, Grosio and Bormio, open from May to September.

Passo dell'Aprica 1176m (from the province of Brescia), open all year.

Passo San Marco 1992m (from the province of Bergamo), which leads to Morbegno, Sondrio, Tirano and Bormio, open from May to November.

Passo di Santa Maria 2502m (from Switzerland), which leads to the road going from Stelvio to Bormio, open from May to November.

Passo della Forcola 2315m (from Switzerland), which leads to Livigno, open from May to November.

The local airports are: