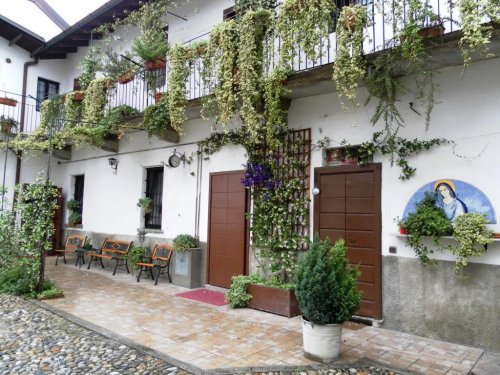 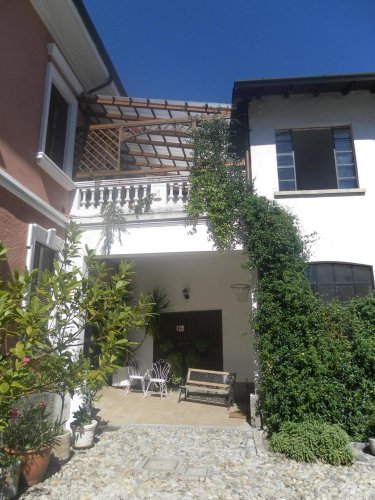 The Antica Corte Milanese B&B and Apartments are situated in a green corner of Novate Milanese; the perfect choice for those wanting to be near Milan's new exhibition centre as well as the city centre, in a location that provides the comforts of home in the tranquillity of a small town.

Situated a short walk from the line S (FNM) train station which provides excellent transport connections to the centre of Milan in 15 minutes and Malpensa Airport in 40 minutes; the hotel is also easily reachable from the Rho-Monza highway.

Guests have access to a large car park in the courtyard.

The welcoming, early 20th century style building offers interiors that guarantee guests privacy and a choice of either B&B style accommodation with rooms and private bathrooms or in independent apartments with a kitchenette and all the necessary facilities for short stays.

Guests have access to a laundry, bicycles, Wi-Fi Internet connection (all free of charge) and a self service area for breakfasts and snacks.

Guests are welcomed in to a carefully restored, 1900's interior where the stone floor, exposed beam ceilings, long balcony and internal courtyard covered with sanded down riverbed pebbles, combine to give unique personality and style to Antica Corte Milanese.

A variety of apartment sizes are available - all of which have a private entrance. From studios to three bedroom apartments which overlook the characteristic internal courtyard which also acts as a secure car park.

Each apartment features a kitchenette with a microwave. Linen and towels are supplied. A laundry area is available to everyone and each apartment has an iron and an ironing board. On request, guests can use the courtyard car park, the hotel also offers a Wi-Fi ADSL Internet connection as well as useful tourist information and bicycles.

Guests will receive a pen drive which they can use to acquire breakfast items from the wide selection of products offered from the automatic vending machines.

From the Tangenziale Ovest (western ringroad) take the exit for Fiera Milano. Follow the signs for Tangenziale Nord/Monza. Once you are on the Rho-Monza road, follow signs for Monza/Novate centro. After the Novate centro underpass, turn left on to Via Portone and then left again on to Via Repubblica until you reach number 86.

From Milano Centrale train station, take the yellow underground line to the Repubblica stop, from there take the S suburban train line to Saronno and alight at Novate.

Alternatively take the green underground line to Cadorna and from there take line S towards Saronno and alight at Novate.

Take bus number 82 for Novate and alight at the "Via V. Veneto" stop (this route takes a bit longer).

From Milan - Linate International Airport, take bus number 73 towards Milan and alight at Viale Campania which is 100 metres from Porta Vittoria. From Porta Vittoria, take a line S Suburban train for Saronno which stops at Novate Milanese or take the shuttle bus to Milan Centrale train station.

Airport
Train Station
Local Train Station
Bars, restaurants and others »
All distances shown here are in a straight line, unless indicated otherwise - the distance by land transport may increase depending on the available routes. Please refer to the map for further information on the location of the hotels.