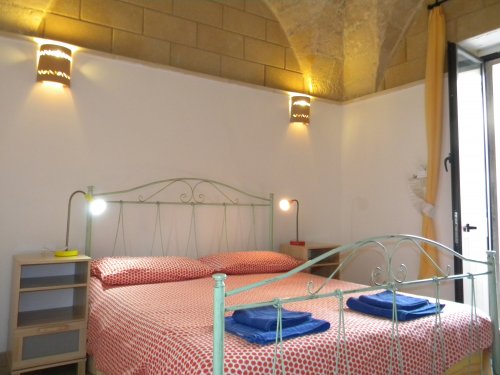 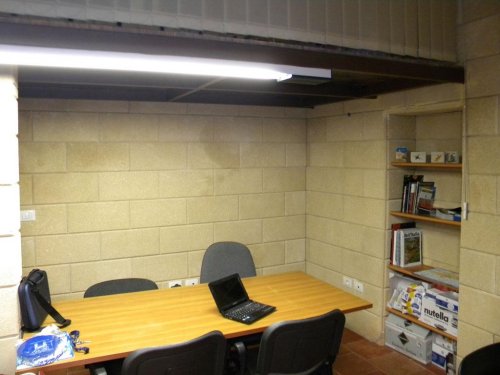 The Bed and Breakfast La Piazzetta is located in the heart of the historic centre of Lecce, among characteristic buildings made of Leccese stole and monumental Baroque churches. It has beautiful apartments and is in an excellent location close to the artistic and cultural attractions of the city (Sant'Angelo Church, Benedettine Church, Piazza Sant'Oronzo, Piazza Duomo, Santa Croce Church), just a short distance from Ateneo and the Centro Universitario Ecotekne bus stop, with the faculties of Economics, Law, Mathematics, Engineering and Biology.

La Piazzetta Bed and Breakfast has a 2 bedroom apartment and 3 bachelor apartments, making it the ideal place to stay for those in town on business, leisure, or for study in Lecce.

In the summer, guests can use the Salentoinbus to reach the main beaches in the province of Lecce, which stops close to the hotel.

The room rates include accommodation, breakfast and linen changing.

Guests can chose from various types of private apartments, all of which are completely renovated and found in the historic centre of Lecce.

Each apartment has a double or twin bedroom, colour television, a kitchen area, a refrigerator, and a private washroom with a shower and hairdryer.

From Central Station, the following buses are available directly to Porta Napoli:

The closest airport is the Brindisi – Casale airport, located around 30km away from the hotel.

B & B La Piazzetta: Reservation Conditions 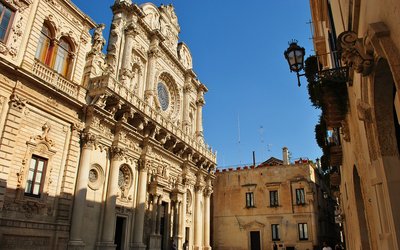