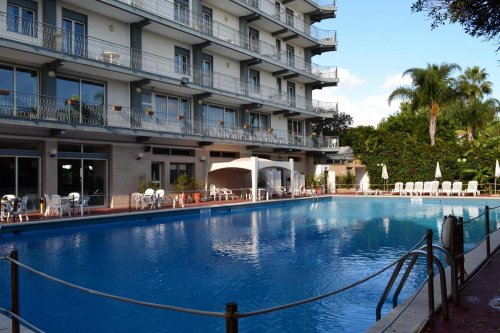 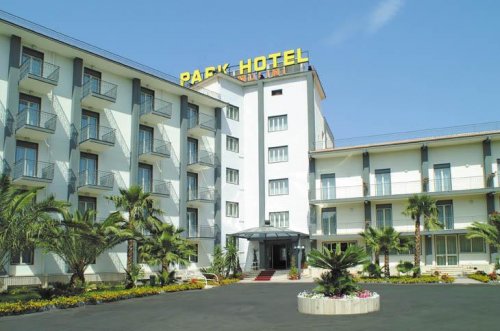 Recommend staying at the hotel. Good location, walking distance to the near by restaurants.

The Hotel Capomulini is a luxurious 4 star hotel found on the lovely Bay of Riviera Jonica, just a short distance from the sea and 2km from Acireale.

The services and facilities available include a breakfast room, a restaurant, two bars (one summer bar and one winter bar), a meeting room that can comfortably accommodate 10 to 60 people, a conference room for up to 200 people, a fully equipped beach area with umbrellas and sunbeds (from June 15 to September 30), a semi-Olympic swimming pool (open from May to September), a fitness room, summer entertainment staff, transportation service available upon request, the chance to explore the major cities of Sicily and the archaeological sites, and extensive private parking (maximum 50 vehicles or three buses and 30 vehicles).

Small pets are allowed in the hotel but are not permitted in the restaurant.

On this beautiful beach, the most charming in the area, Ulysses and his men from Ithaca reached the coast of Sicily, as was recounted by Homer in the Odyssey.

All of the guest rooms are elegantly decorated and include air conditioning, a minibar, satellite colour television, a direct dial telephone, a terrace, a safety deposit box, WiFi internet access and an en suite bathroom.

The deluxe rooms have a 26” LCD television, Pay TV, and Sky TV.

The hotel has a dining room and a breakfast room where guests can enjoy delicious specialities with attentive service.

The indoor bar and summer bar next to the swimming pool serve delicious cocktails and aperitifs.

Description of Conference and Meeting Facilities

For meetings and business events, there are rooms available that accommodate from 10 to 60 people, as well as a conference room for up to 200 people.

From the A19 Palermo – Catania motorway close to Catania, take the A18 link to Messina to the Acireale exit. Continue along the SS114 state road towards Acireale, then follow the directions for Località Capomulini.

The Acireale railway station is located around 2km from the hotel.

The local airport is Catania – Fontanarossa International Airport (15km away).