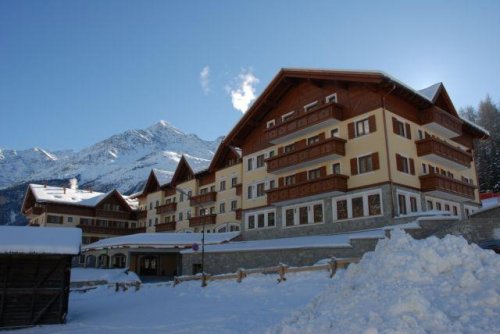 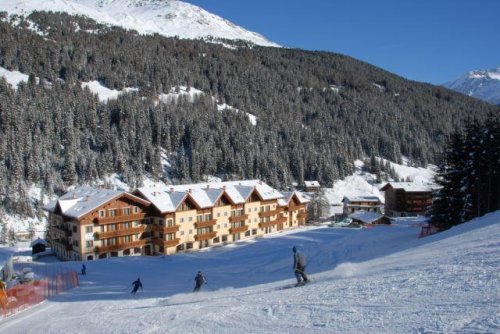 Rooms could do with a kettle, a small rug on the floor, and maybe a table lamp - this would change my rating from good to very good.

Some things possible to improve: 1. Wellness centre: swimming pool has temperature 25 degrres - it is too cold and space between...

Hotel Residence 3 Signori is a brand new complex situated in Santa Caterina Valfurva. Set in a peaceful area with a beautiful view, it is conveniently located near the cable cars and only 200 metres from the town centre.

Decorated in a traditional alpine style, the hotel has a reception area, a lounge, TV lounge, a bar with a sun terrace, a children's play room, a garage, an Internet access point and a swimming pool.

The hotel has a spa which provides guests with a lovely place to relax and unwind after a long day outside.

The Spa - which is closed during the Summer - features a gym, an indoor swimming pool with hydromassage jets, a children's pool, a tepidarium, a Finnish sauna, a Roman sauna, Turkish baths, Kniepp treatments, multi sensory showers and a relaxation area with a herbal tea corner as well as massages and UVA sunbeds.

Entrance to the spa is not included in the room rate, guests must pay for entry on site.

Cooking area available for a fee.

The Restaurant offers a private, cozy environment in which to enjoy the best dishes of typical local and national cuisine, accompanied by a careful selection of wines.

The 3 Signori Hotel Residence offers meeting halls, equipped with the most up to date technology, for meetings, conventions, and working conferences.

Our qualified staff is available to meet any need.

Alta Valtellina is crossed by the SS 38 Stelvio, which climbs the Adda valley from Colico up to the Pass from where its name originates, then descends to Valvenosta. From Bormio the SS301 Foscagno leads to Livigno and the SS300 Gavia leads to Santa Caterina Valfurva and Valcamonica (summer connection).

From Milan (200 km): highway to Colico toward Lecco, and then the SS38 toward Sondrio – Bormio – Santa Caterina Valfurva.

From Bolzano (Brennero motorway): continue through the Stelvio pass.

From Triveneto area continue through the Tonale pass and the Gavia pass.

From Engadina go through the Forcola pass and the Bernina pass.

Passo del Gallo Tunnel (closed during the night) for those coming from Engadina, Alto Adige or Austria.

From central and southern Italy: Bologna – Milano motorway; follow the directions ‘from Milan’.

Modena Brennero motorway, take the Brescia Ovest exit, continue along the SS 510 toward Boario Terme and then take the SS42 toward Edolo, subsequently the SS39 toward Aprica – Tirano – Bormio – Santa Caterina Valfurva.

Bus are available connecting with the trains coming from Milan.

Stelvio Pass, 2757 meters (from the province of Bolzano) open from end of May to end of October.

Gavia Pass, 2621 meters (from the province of Brescia) leading to Santa Caterina Valfurva, open from beginning of June to end of October.

Mortirolo Pass, 1852 meters (from the province of Brescia), leading to Mazzo, Grosio, Bormio, open from May to September.

Aprica Pass, 1176 meters (from the province of Brescia), open all year round.

San Marco Pass, 1992 meters (from the province of Brescia), leading to Morbegno, Sondrio, Tirano, Bormio, open from May to November.

Santa Maria Pass, 2502 meters (from Switzerland), which connects to the road that comes down from Stelvio to Bormio, open from May to November.

Forcola Pass, 2315 meters (from Switzerland) which links to Livigno, open from May to November.