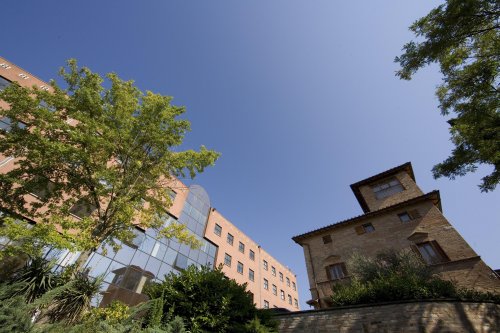 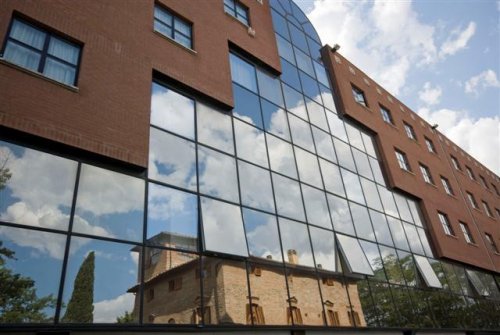 The Hotel Perusia is found just a short distance away from the historic centre of Perugia in the heart of the Umbra Valley.

Comfortable and convenient, the hotel provides guests with access to a spacious panoramic terrace where they can relax and unwind as well as a swimming pool with a sunbathing area. There is also an excellent restaurant and a welcoming bar for informal meetings and socialising.

With elegant guest rooms and a wide range of services, the Hotel Perusia is the ideal choice for a relaxing holiday exploring the famous local artistic cities, such as Assisi, Gubbio and Spello.

Spacious rooms equipped with every comfort and decorated with careful attention to detail. They have air conditioning, WiFi internet access and an en suite bathroom.

Spacious guest rooms with welcoming décor cared for down to the last detail. They are equipped with every comfort, such as air conditioning, WiFi internet access and an en suite bathroom.

Two of the Superior rooms are in the historic villa adjacent to the hotel.

Spacious, comfortable and luminous, these rooms have large windows overlooking the garden or the beautiful Umbra Valley. They are equipped with every comfort, such as WiFi internet access, air conditioning and an en suite bathroom.

The hotel has 125 guest rooms all decorated differently and equipped with every modern comfort, including free WiFi internet access to meet the needs of even the most selective clientele.

The new MyGem rooms are the pride of the hotel and are located on the fourth floor. Each of these rooms is decorated in the colour of a precious gemstone, such as the elegant Diamante Junior Suites for couples on their honeymoon or looking to enjoy an unforgettable romantic getaway.

Canto Sesto restaurant is the ideal place to enjoy a private lunch or dinner, weddings in a private room or on the terrace with a lovely panoramic view, business meetings, birthdays, graduations or simply an evening with friends.

Theme nights and exhibitions are periodically held in the Ristorart rooms creating an atmosphere of art and poetry.

A unique environment where history, art and the unique Umbrian landscape create an expressive restaurant that serves expertly prepared cuisine.

The meeting room can comfortably accommodate up to 130 people and includes audio-visual equipment.

From the A1 Milano – Napoli motorway, take the Valdichiana exit and follow the directions for Perugia.

Take the SSE45 state road to the Perugia Piscille Centro exit. Head towards the Monte Luce neighbourhood to Via Eugubina where the hotel is located.

From the north: (Via Cesena)

Exit the Ponte Felcino (8km before Perugia) and take Via Eugubina where the hotel is located.

From the A1 Napoli – Milano motorway, take the Orte exit and then turn onto the SSE45 state road following the directions for Perugia to the Perugia Piscille Centro exit. Follow the directions for the Monte Luce neighbourhood until reaching Via Eugubina where the hotel is located.

From the Fontivegge railway station, take the Linea A or D bus to Piazza di Monteluce and then take Via Eugubina where the hotel is located.

Alternatively, take a taxi directly to the hotel.

From Perugia Sant’Egidio Airport, take the bus to the Fontivegge railway station and follow the directions above.

Alternatively, take a taxi to the hotel.

From Via Marconi (next to Piazza Partigiani) take the number 2 or 4 bus to Piazza di Monte Luce and then take Via Eugubina where the hotel is located. 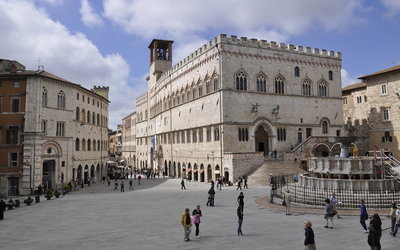