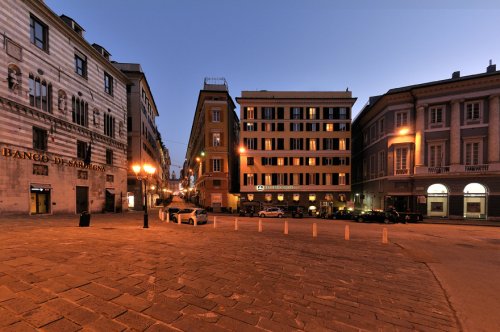 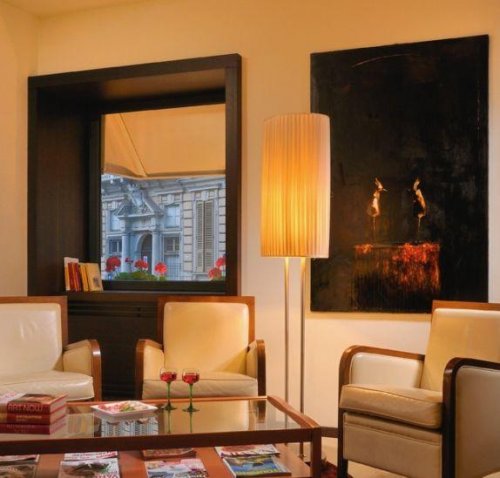 We loved the hotel. It was in a great central location, in a nice piazza. Buses outside of the hotel were frequent, and there was a...

The Best Western Hotel Metropoli is an enchanting 3 star hotel situated in Genoa near the famous Via Garibaldi and the ancient Via Aurelia which is recognised as a UNESCO World Heritage Site.

Recently restructured, the hotel is opposite one of the most beautiful squares in the city, surrounded by beautiful 16th century buildings. The "Carlo Felice" Theatre, the Palazzo Ducale and the city's famous aquarium are all a short walk away down the famous "caruggi" - traditional, narrow covered walkways of the city centre.

Genoa Airport is only 7km from the hotel.

The hotel interiors are characterised by their elegant design and well presented public areas.

The guest rooms feature the best facilities that the hotel industry has to offer such as ultra modern 32" LCD screen televisions. The large lobby features elegant lounges decorated with modern art, and a relaxing atmosphere featuring soft lighting and background music.

The hotel is completely air conditioned.

The Best Western Hotel Metropoli has become a non-smoking hotel since 2016.

The Best Western Hotel Metropoli is completely covered by a free Wi-Fi Internet connection, in the lobby guests can make use of an Internet access point which also has a printer, photocopier and a scanner.

Among the many services offered by the hotel, guests receive a free daily newspaper as well as being able to make free local calls from their room.

The guest rooms are stylishly decorated and equipped with all mod cons, such as brand new 32" LCD televisions, free Wi-Fi Internet connection, free Mediaset Premium and a kettle for tea and coffee. They have pastel colour schemes that accentuate the walnut furnishings and the warm parquet floors.

The lobby offers a bar service and comfortable lounges where guests can sit back and relax after a long day at work or visiting the city.

Breakfast includes an abundant buffet with fresh fruit salad, traditional Genovese focaccia and home made jams. Breakfast is served in the breakfast room daily from 07:00 to 10:00. On Sundays and holidays, it is served from 07:30 to 10:30.

From Milan or France:

Take the A7 motorway to the Genova Ovest exit. Turn onto the flyover, take the second exit, Prefettura, and at the second traffic light (after the tunnel), turn right onto Via XII Ottobre. Upon reaching Piazza Corvetto, turn into the tunnel and then turn left immediately following the directions for Hotel Metropoli.

From Rome or Florence:

From Genova Piazza Principe railway station, the number 35 bus is available to Piazza Fontane Marose, next to the hotel.

From Genova – Brignole railway station, buses 18 and 19 are available to Piazza Portello, 50m away from Piazza Fontane Marose.

From Genoa Cristoforo Colombo Airport, the Volabus shuttle service is available directly to the railway station in Piazza Principe.

Airport
Train Station
Local Train Station
Underground Station
Ferry Terminal
Bars, restaurants and others »
All distances shown here are in a straight line, unless indicated otherwise - the distance by land transport may increase depending on the available routes. Please refer to the map for further information on the location of the hotels. 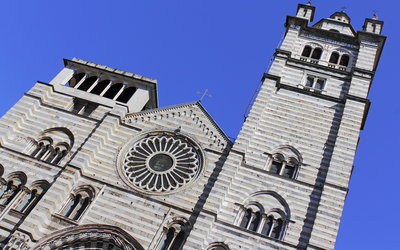